Setting up an OpenvCloud cluster is done in following steps:

Installing an OpenvCloud cluster is done based on a single system-config.yaml configuration file.

The system-config.yaml file needs to be stored and maintained on https://meneja.gig.tech.

An example of a system-config.yaml can be found here.

Important A common technique to create a system-config.yaml is to make a copy from another environment and start editing. Please make sure to alter the ssh.private-key setting, and not just leave the copy from the other environment.

Having valid configuration is of course very important. Validating is done with the OpenvCloud environment manager, a.k.a. Meneja (Swahili for 'manager'), available on https://meneja.gig.tech.

Install the operation system on the controller nodes

On Meneja a USB stick can be downloaded that already has the custom configuration for a specific environment. As shown on the screenshot below, there is a link called "Download usb installer image" which results in a bootable ISO file, which can be used to boot from (via the IPMI or via burning it onto a USB stick):

After booting up the controller node with the boot image, the user gets a screen with the following options:

The rest is extremely simple. Just select the right option depending on the controller node that needs to be installed and the rest is completely automatic.

Once you see the following screen, the installation of the controller node has finished. Just unplug the installer image and reboot the machine.

Repeat this procedure for all three controllers.

The management container is used to perform various admin operations on the environment. It is based on the management image and has the kubectl tool installed that is needed to perform various Kubernetes related operations. The management container also contains the environment system configuration which is necessary to use the installer tool inside the pod. The installer tool uses the system config by default and it doesn't need to be specified by the user.

Accessing the management container can be done using 0-access.

From a web browser open the OpenvCloud portal and go to the 0-access page at https://{env name}.gig.tech/cbgrid/0-access.

Choose management from the list. You will be directed to a page that will allow you to request access to the pod which will redirect you to a page with instructions about how to access the management container and the remaining time for this session.

Installing the operating system on the nodes

You need to be in management container to perform this operation.

To prepare the CPU and storage nodes with the necessary OS, first start a tmux session and then run the following command:

If a node fails during the installation, use the following command to install the node again:

From the management container execute:

You need to be in management container to perform this operation.

First start a tmux session. The following command will install the JumpScale services on all OpenvCloud cluster nodes (CPU and storage):

If a node fails during the installation, use the following command to install the node again:

When done, the environment should be ready to use. 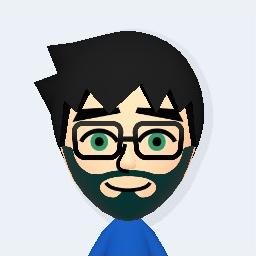